What is it like working as an intern for Global Brigades? Tom Hutch worked with our Medical Brigades program in Honduras from 2009 to 2011. In this blog post, Tom reflects on his experience working in rural communities and what is was like working with a group of interns dedicated to sustainable development work. Tom […]

What is it like working as an intern for Global Brigades? Tom Hutch worked with our Medical Brigades program in Honduras from 2009 to 2011. In this blog post, Tom reflects on his experience working in rural communities and what is was like working with a group of interns dedicated to sustainable development work. Tom is currently a medical student at Loyola University Chicago. As you read, keep in mind that Tom is known for his sarcasm and dry humor. Enjoy! 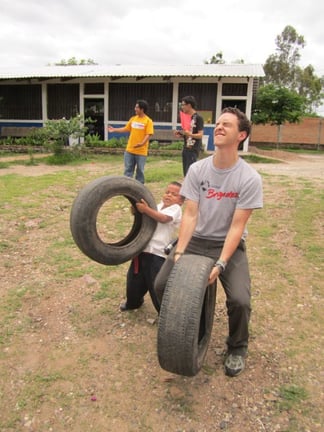 As is the case all too often in situations such as mine, I took a risk in life and am now forced to live with the consequences. I should have heeded the warnings of my friends’ parents and fellow pre-meds when through confused facial expressions upon presentation with a map, tales of man-eating tropical insects, and concern over my possibly prolonged disconnect from the life-giving source of the Internet they offered that I share in their doubt and disapproval of the concept of taking a blindfolded belly-flop off the steady-sailing USS School System into the uncharted and surely malaria-filled waters of the Underqualified Yet Passionate Development Worker industry. Now I can only hope to warn others against repeating my mistakes.

In retrospect, I missed so many red flags that should have served to repel my naïve, freshly-graduated self away from the seductive allure of beginning to work with Global Brigades in 2009 after four trips as a student as we began our advising program in the US. I know you young, too-cool-for-school readers will roll your eyes, but although it seemed harmless, this position was but a gateway job into a much more serious and addictive role in Honduras working with the medical team. A little over a year there of brigades in the fast lane with the kind of NGO workers your mother warns you about and I wound up meeting with medication suppliers off a small road in Ghana. I was out of control.

I checked myself into a medical school in 2011 and I’ve been off GB for over a year now (except for a dark two-month relapse this past summer). Sharing my story is my way of letting others know the dangers of impassioned and idealistic decision-making regarding the dark secrets of taking time away from the university to learn life skills, cultural tolerance, and lessons in global health through long-term commitments and radical changes in comfort levels. Education is simply no substitute for schooling.

The lack of brain space resulting from the immense magnitude of completely useless knowledge accumulated as an eager mind in high-responsibility positions in foreign countries almost surely explains the difficulty I’m now experiencing in fitting all this school material into my head before board exams. The constant opportunity to learn about different ways of life, societal challenges, health care systems, and cultural traditions has claimed yet another victim, and I’m left clueless as to how I can apply these skills at home.

Take Spanish for instance, a huge time killer. Just think: 37 million native speakers over the age of 5 in the US (a figure expected 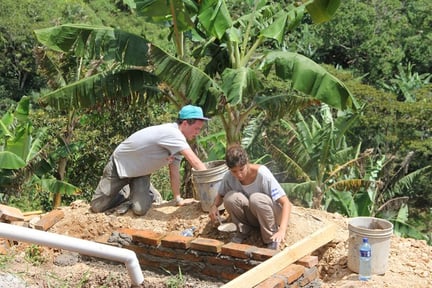 to at least triple by 2050 according to the U.S. Census Bureau) that I used to be able to ignore, but with whom I now have no excuse not to have a lengthy conversation. All it’s done for me so far is to put interpreters at a local health clinic in Chicago out of a job, and that’s bad for the economy. When my patients find out I can speak with them, they just go on and on about their feelings and how glad they are that I’ve taken the time to learn about their culture. Anyone who’s driven in Chicago traffic knows that each long-winded and appreciative bendición they give me as I inch toward the door literally adds minutes onto my commute. Think about that next time you consider an intensive two-year study in foreign language and culture, spiked with the dangers of social creativity, innovative problem-solving, and intensive situational development of interpersonal skills.

In addition to these “life lessons,” one of the biggest lies you’ll hear is that it’s only a one or two year commitment. Believe me, your experience will continue to haunt you for the rest of your professional career. During the first month of school last year I was interrogated by the director of our center for community and global health, who said she was “just curious” about what I’d been up to while abroad. This is the last time I can remember trusting anyone in my adult life. I was immediately stereotyped as a qualified and responsible leader who would of course not have any plans of my own this summer and could therefore begin a new school trip to work with Global Brigades in Panama with some of my unsuspecting fellow students and physicians. I wasn’t looking forward to reliving the kind of embarrassment my parents used to inflict by coming in to the middle school dances to pick me up, but sure enough all my friends on the Panama staff showed their excitement upon being reunited, all right in front of my colleagues. “Moooommmm!” 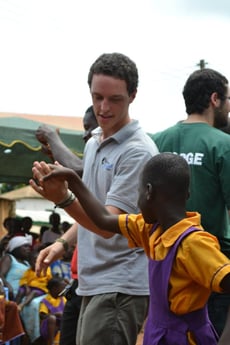 As if the brigading weren’t bad enough, a researcher from our Preventive Medicine department decided it would be a swell idea for me to make a quick five-week stop in Honduras on the way home to do research with the community health worker program: a wildly insensitive proposal involving far too much sun exposure for someone who just learned about skin carcinomas. But that wasn’t even the most dangerous part if we include the number of new staff members’ names I had to memorize, as if enough of my old friends weren’t already down there.

That’s another thing: nobody warned me about the amount of new friends I’d have to make as a consequence of working with such amazing people. Do you know how stressful it is to have to keep track of 40 more people’s birthdays? I have nightmares and wake up mumbling about checking my Facebook calendar. I can’t exactly ignore these people: we lived, worked, ate, soccered, and fiesta’ed together every single day. I’m pretty much stuck with them for life, and one is especially tenacious. Oh, and the students! Imagine working with a constant influx of such dedicated and eager volunteers. It left me positively knackered, as my new British friends would say.

Perhaps I wouldn’t be as harsh about my experience if my timing had been better. The period between college and the next step in life offers a transitional opportunity unlike any other. If I had it to do over again, I’d use the time after undergrad to take a nice rest before starting four years of medical school, which itself is of course immediately followed by at least three years of working as a resident, then either fellowship or full employment, which are good ideas considering that according to the American Medical Association, the average debt of the 2011 M.D. graduates was $161,290. Maybe read a book, catch up on sleep. Heck, you’ll have two-and-a-half months! Plenty of time for enough activities to erase all possibility of future remorse in not seeing the world or discovering your true self in an unfamiliar and stimulating environment while you were young and free, surrounded by students of humanity, diverse in their backgrounds yet like-minded in their passionate pursuit of health and opportunity for all. They sound like hippies anyway. Plus, you know what you really need if you want to make a difference in the life of a community member? A mortgage.  Just think of all the diapers you could buy with your MasterCard points from the airfare to Ghana if you wait until you have a family to gain this experience! Can’t get that straight out of college. And being able to Skype with your kids on their first day of school? Priceless.

If you should find yourself among those fortunate enough in this world to be given a choice of the path you take in life—whether it concerns international travel, choosing a course of study, picking a career, or anything that awakens a passion in you—I urge you to be careful in listening to your heart. It’s the most foolish of organs and unlike your brain it hasn’t been to school. The best way to find yourself is to listen to everyone else’s ideas of what you should be. How do you think Henry VIII got to the throne? Started out flippin’ burgers and had a dream? Heck no. They slapped a kiddie crown on that baby faster than you can say Tudor Toddler and he was marrying anything with longish hair in no time. If following your dreams requires the kind of trouble I’ve gone through, they’re probably not worth it; and unless you want to repeat any of these consequences I’ve warned about, I wouldn’t risk chasing them. Who knows what could happen?

Tom Hutch worked with Global Brigades Medical in Honduras and Ghana and is currently a sarcastic medical student at Loyola University Chicago. 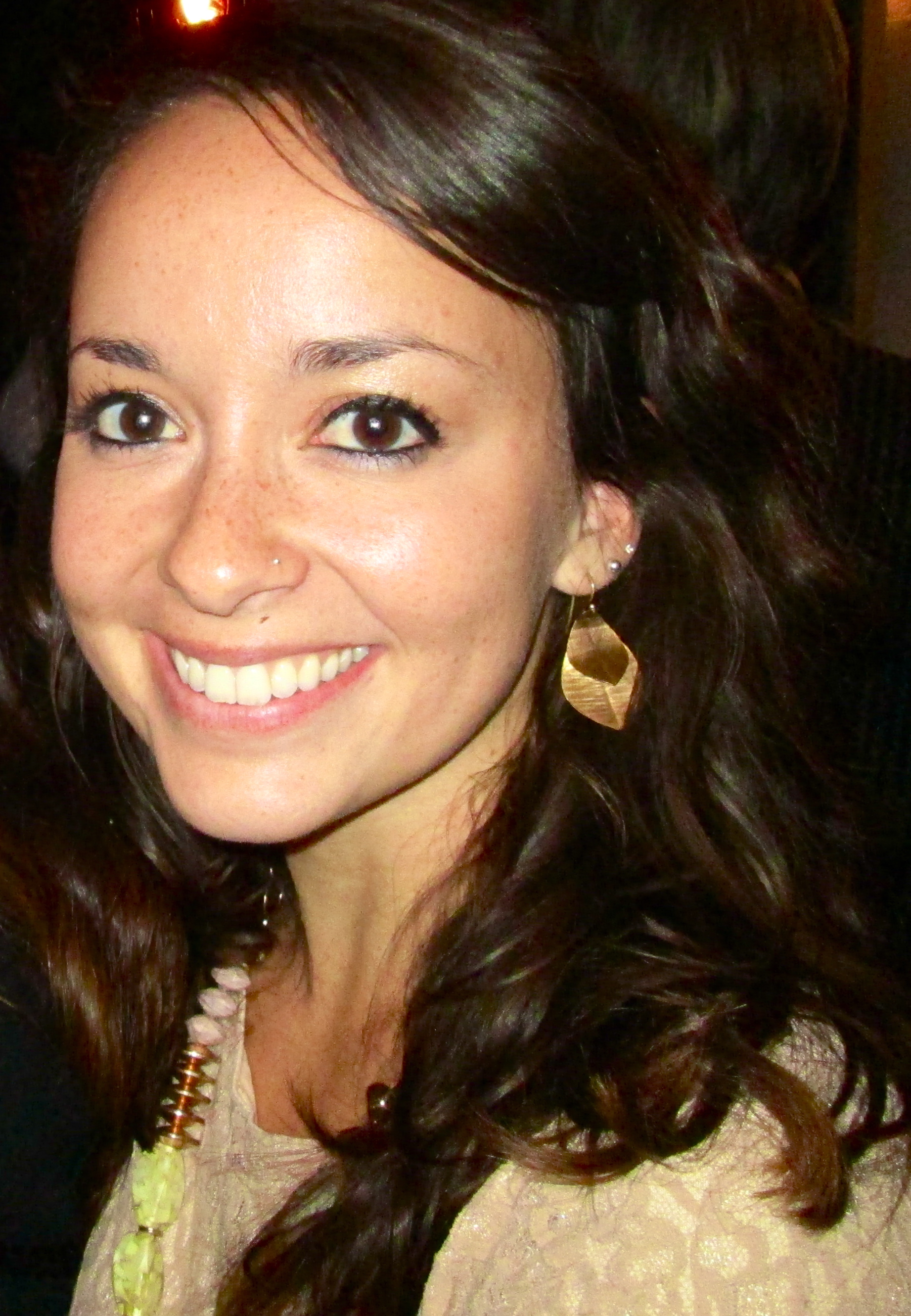 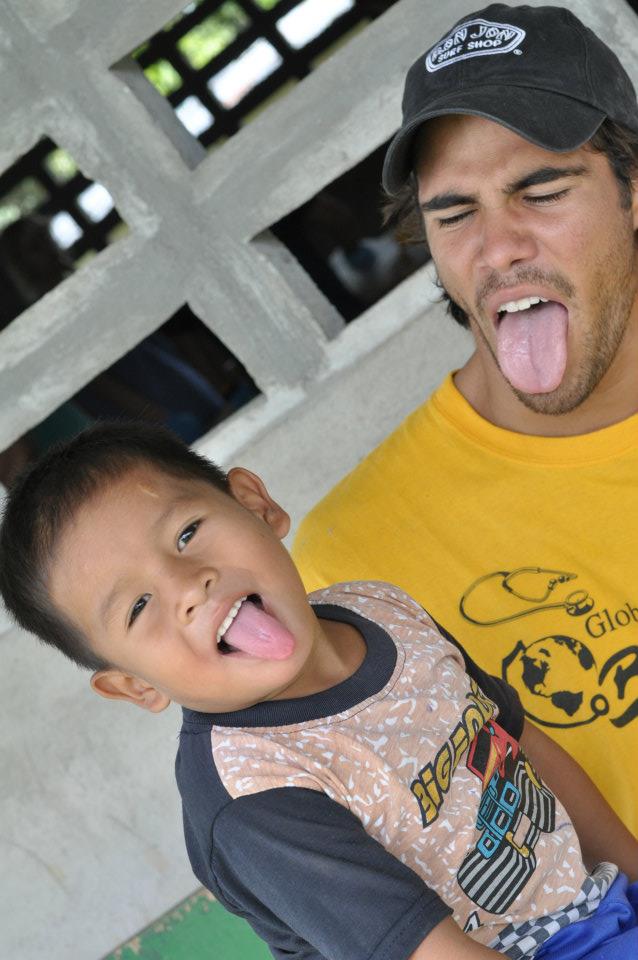