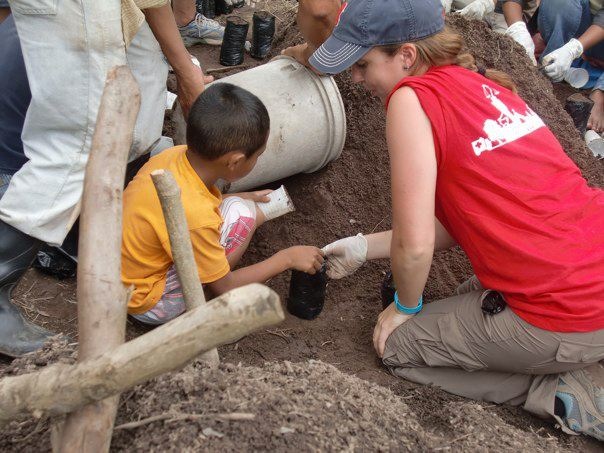 Meet Devan Dumas, a volunteer who recently participated in our Summer Internship to Honduras with Public Health Brigades. My experience with Global Brigades began in 2010 when I went on my first brigade with the public health chapter at Boston University. I had a feeling that first trip wouldn’t be the last time I was […]

Meet Devan Dumas, a volunteer who recently participated in our Summer Internship to Honduras with Public Health Brigades.

My experience with Global Brigades began in 2010 when I went on my first brigade with the public health chapter at Boston University. I had a feeling that first trip wouldn’t be the last time I was in Honduras. After my fourth brigade, I was looking for an opportunity to spend longer than a week with GB in Honduras, and it was then that I saw the announcement of the first summer internship. I love brigades, but as a student concentrating in international health, I felt it was important to spend some more time there to experience first-hand some of the difficulties and rewards of working in the field of health and development in a developing country. I could not have been more happy when I found out that I would be spending the whole month of July working with GB public health team in Honduras, but little did I know that month was going to surpass all of my expectations.

The GB staff did a truly exceptional job organizing the programming and scheduling of everything we did, allowing us to be a part of each phase that takes place while public health is working with a community. We started out in Guaricayan, public health’s newest community, where we conducted personal interviews in every household, to get an idea of what their home sanitation situations were like and to see what the biggest needs were. Seeing as my Spanish skills are very limited, I was given the task of reading the questions in one of the homes we visited, with the help of Liz, a public health coordinator, to facilitate the conversation. At the beginning of the day I was slightly nervous about asking community members these types of questions in such a personal setting, but after the first couple of homes it seemed to get easier. There was also a wide range in the quality and quantity of responses we received between households. Some gave very short answers regarding only the specific things we asked, while others never wanted to stop talking. In Guaricayan we also participated in training their CSB (Basic Sanitation Committee) and a community-wide assembly meeting to talk about specific details concerning the start of project construction.

The next phase of our adventure was building the actual projects that would be done on a brigade in El Canton. The only difference between those few days and a typical brigade was the absence of masons. The public health team along with interns and community family members put our sweat and tears (no blood that I recall) into the cement floors, eco-stove and hygiene station, which all came out beautiful if I do say so myself. We also joined the CSB in El Canton for home visits to see how community members were adjusting to their new projects. The CSB in El Canton is one of the most impressive groups of people I have ever had the pleasure of meeting. They are intelligent, enthusiastic, and hard-working men and women whom I truly enjoyed spending most of our month with.  An exciting task we were given on was training a kid’s CSB consisting of the 4th, 5th, and 6th graders of El Canton. Those kids are smart, and the future of their own community, and one of the highlights of the entire month was watching them cleaning up the outside of their schoolyard the day after we finished training. Our whole team stopped in our tracks as we realized what was happening and just soaked up the moment for a few minutes. We were so proud of them for taking pride in their own school, and proud of ourselves for actually making a visible impact on these youth.

A huge component of the work Global Brigades does is their holistic model. We took a couple of days in Zurzular, GB’s first holistic

community, and El Canton, to learn about the projects each program was responsible for and to talk about the importance of their interdependence. One of our responsibilities as interns was to write reports to each of the other programs making recommendations on how they could better work together. I think we gave them a little bit more material than they had expected. Living with 27 other interns made this task much easier, and more complicated at the same time. These peers were one of the most valuable resources in brainstorming and collaborating, but it also led us to many points for which we didn’t have solutions. Having that many students, from so many different backgrounds, all in Honduras for the same reason and sharing the same amount of passion for what we were doing was a blessing. I will never forget that group of such amazing people, and it gives me hope that there are people out there that share such a powerful vision.

We finished out the month with our environmental projects in El Canton. Because most of these communities rely so heavily on the land that they live on, it is important to replenish those resources. We built a community plant nursery with a compost pile, and planted new trees throughout the community with the members of the kid’s CSB. One of the most impressive aspects of these projects was that, with donations of seeds, and the use of natural building materials, this new structure was essentially free in terms of material costs, and will continue to contribute to the sustainability of natural resources and physical safety of the land.

Our salud publica team worked our backsides off to complete all of these projects, but we all know that the key to success is: work hard, play hard. So play, we did. Hiking at La Tigra was one of the most adventurous things I have ever done. Visiting the national heritage museum in Teguc, meeting and talking with Sister Maria Rosa, having a soccer tournament with the Flor Azul boys, the cultural exchange fair in La Concepcion, and attending a cocktail party at the house of the US Ambassador to Honduras are just some of the things that made this the most incredible experience of my life. I have known for a little while now that this kind of work is something that I would like to pursue in the future, but this internship just reaffirmed that belief and has made me even more eager to finish school and get back out in the field.

During our final group reflection session, one of the GB staff members made the comment that after working in the communities for awhile, you stop seeing the community members as poor people and start seeing them as just people.  It wasn’t until I head that comment that I realized how my attitude about working alongside the community members had changes. During brigades I was a little bit nervous about working alongside the family members who I couldn’t really communicate with because I didn’t speak Spanish. I felt that it put a wall between us and made me not relatable.  But during the internship, I felt that I had actually become friends with some of the CSB members, and although I couldn’t hold a full conversation without some help, I genuinely looked forward to seeing them on the other side of the Land Cruiser when we arrived in El Canton, because they were our coworkers, our comrades, and we were all there for the same reason. 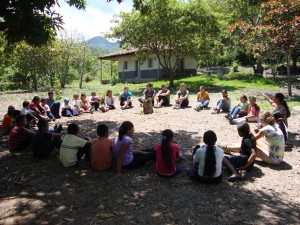 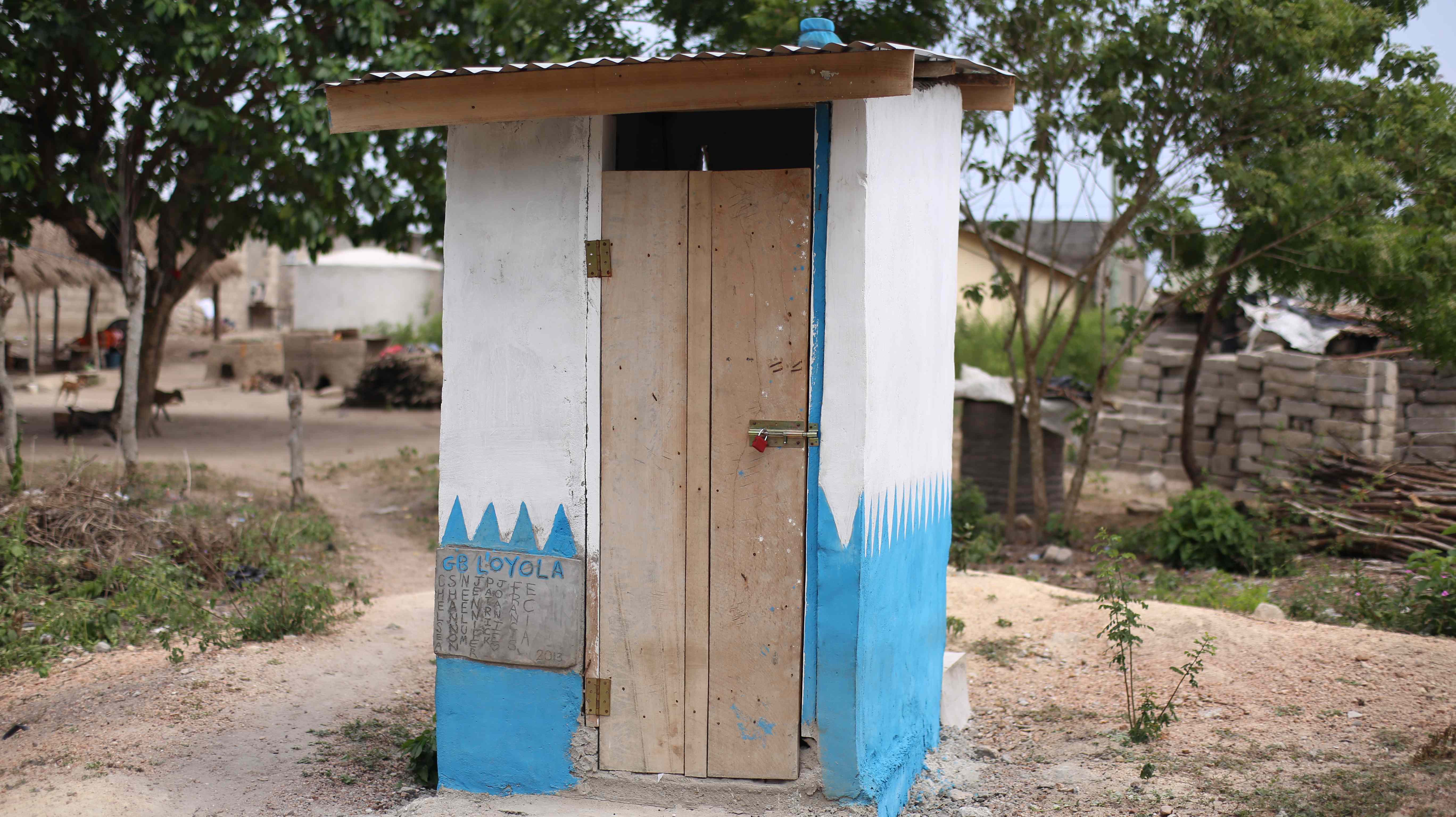 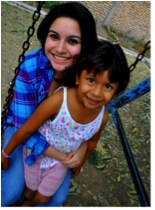